Local community plays its part in building a temporary theatre at The Old Vic.

Made from reusable, reclaimed and rented materials the structure was constructed with the help of the Community Company in just seven days. The theatre was designed to be demountable after the final performance with its materials set to find new life through other community projects. 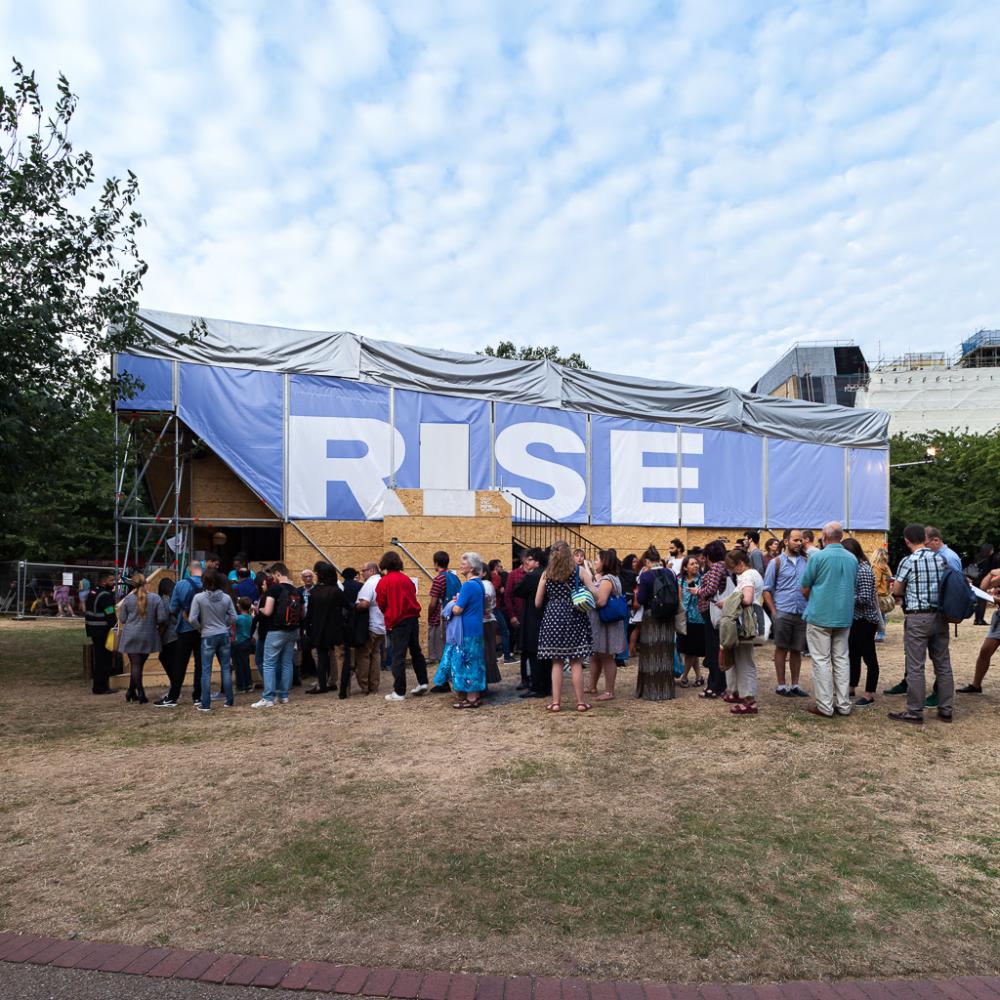 The Old Vic Community Company is London’s largest inclusive community theatre company and was formed in 2013 to bring together Londoners from every background. As well as performing in the show many of the company worked alongside the scaffolders, set builders, architects and production team to complete the build, making everything from the cladding and box office to the props and signage.

The structure was designed to rise above the stage, allowing a second level for the cast and choir to perform. 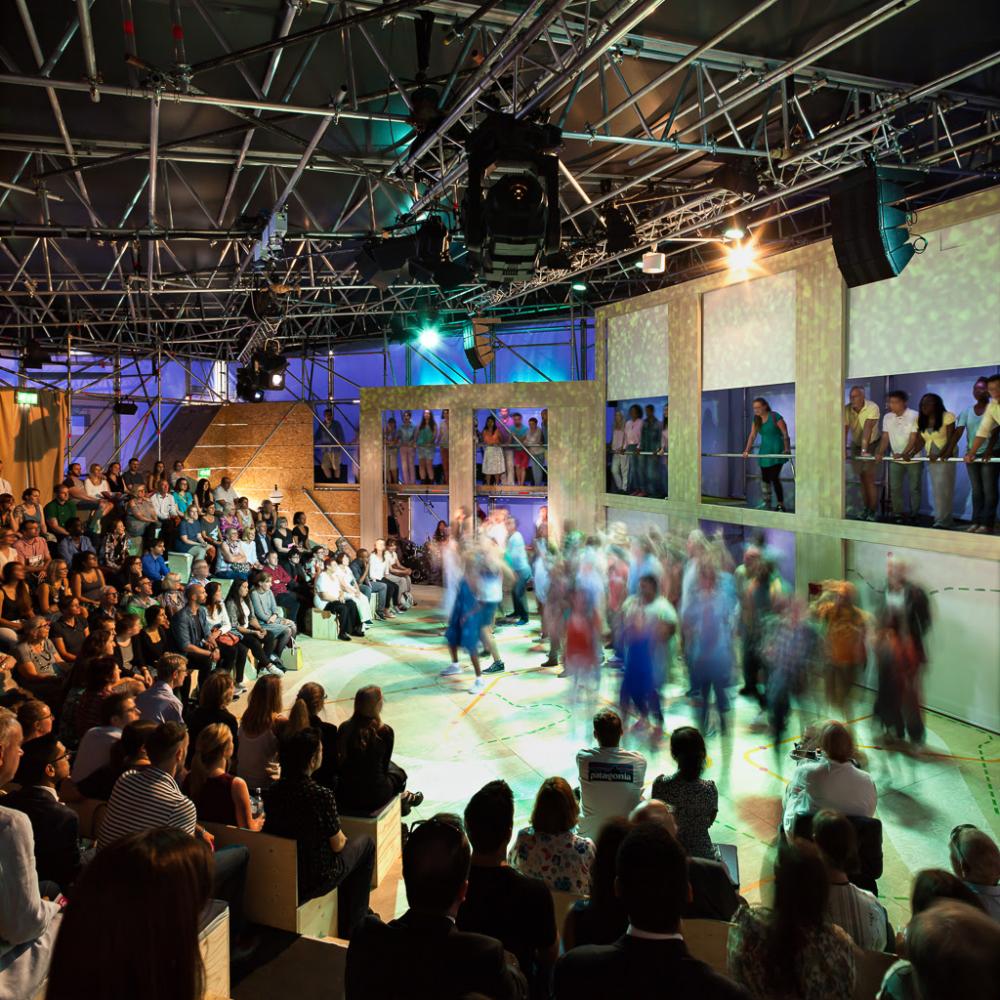 “Our brief was to design a place where up to 200 people create theatre in front of a nightly audience of 200. Add in a desire for multiple bicycles to cross the stage while a live band accompanies a choir of 50, and you find yourself with an opportunity to create a fairly unique performance venue. It was a real pleasure to be able to work with such a great team on this project and to be part of The Old Vic’s excellent work in the community.”
Christopher Daniel, Collective Works

The architects brought experience of temporary structures and performance spaces to the project and worked alongside innovative structural engineers Corbett & Tasker as well as set designer Carla Goodman.

The theatre’s main structure of scaffolding was professionally assembled and topped with a tensioned tarpaulin roof of the sort normally used to clad soft-sided commercial vehicles. Rather than traditional foundations the structure relied on water ballast provided by Intermediate Bulk Containers (IBCs), usually used for standardised transportation of liquids.

The temporary theatre hosted The Old Vic Community Company’s production of RISE, which had a cast of more than 200 community participants, who collaborated with a professional creative team to deliver a powerful production that resonated with first-time audiences and experienced theatregoers alike. Over 2000 people saw the show, which explored the impact of climate change in the city.

The production took place from 10 –21 August 2016, after which the theatre was disassembled. 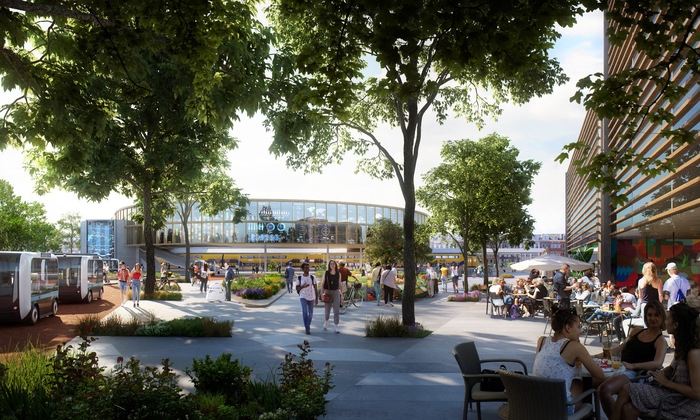 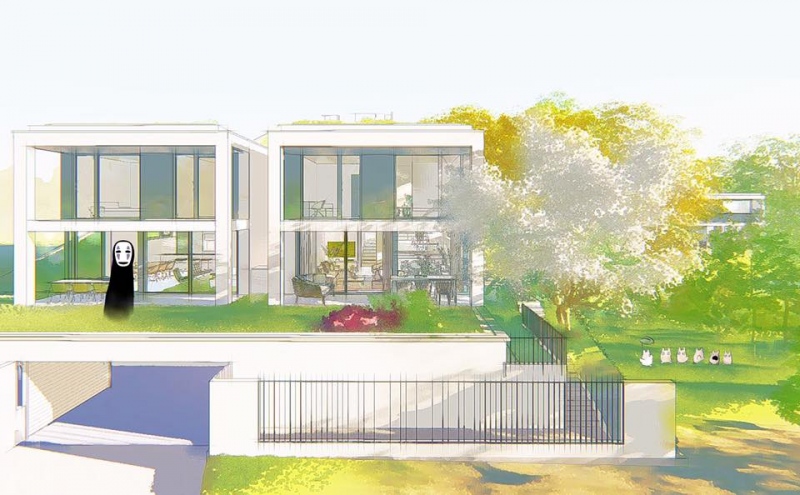 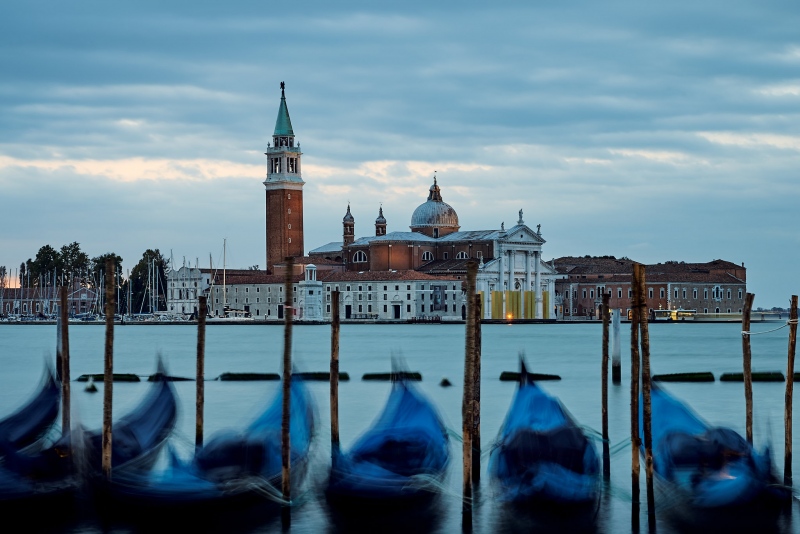